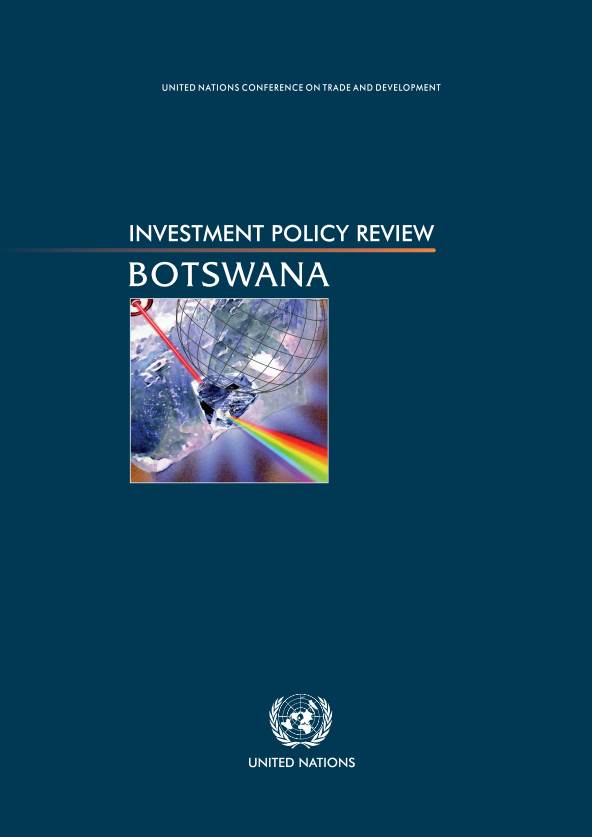 FDI was a driving force in Botswana ´s rapid graduation from least developed to middle-income country. The government´s handling of the fiscal, social and economic pressures of this transformation could be a model for other resource-dependent economies. At the time of the IPR, and with an eye on empowering its citizens, the Government was proposing a foreign investment code restricting FDI in a number of industries.

The IPR suggested an alternative approach to FDI, making the case for a modern foreign investment law and building on the country´s historically welcoming regime. This meant developing a coherent FDI strategy, rooted in Botswana´s existing investment attractiveness (conferred by its excellent governance) but embracing additional, more pro-active elements.

Following the publication of the IPR, UNCTAD has assisted the Government in a number of ways, including: