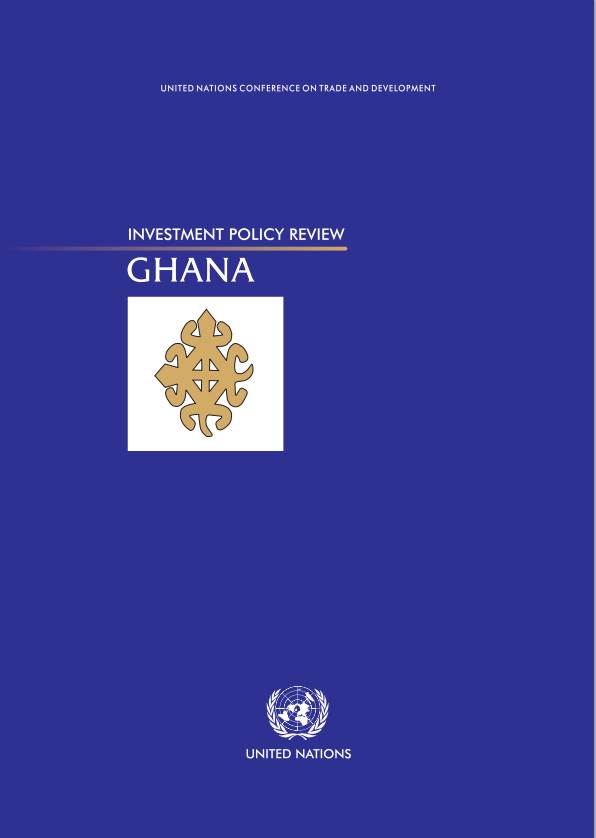 The IPR of Ghana was completed in 2003. It provided the Government with policy recommendations on how to improve Ghana’s investment framework, investment promotion efforts and strategies and the overall enabling environment to attract and benefit from FDI. In 2006, UNCTAD also prepared a Blue Book on Best Practice in Investment Promotion and Facilitation that identified 15 practical measures to be implemented over a period of 12 months intended to move Ghana towards best practice in investment promotion and facilitation.

In 2010, UNCTAD conducted a review to assess the extent to which the IPR and blue book recommendations had been implemented. The Implementation Report showed that the political commitment to improve the business environment is reflected in its policies and programmes for reforms. Under two umbrella programmes, namely, the Private Sector Development Strategy for the period 2004 to 2008 and the Trade Sector Support Programme (TSSP) for the five-year period 2006 to 2010, cross-cutting issues that impact trade and investment are comprehensively addressed. In addition, the Gateway Project and the Micro, Small and Medium Enterprise (MSME) Project, including numerous cuts in corporate tax since 2003 to stimulate private sector growth and boost investment into Ghana, have all given impetus to private sector development.

However, while overall policies are generally well conceived, their implementation is not always consistent. Planned reforms are often delayed or curtailed and sometimes even derailed, as in the case of the draft bill on Competition and Fair Trade Practices developed in 1992 with the assistance of UNCTAD. Thus, despite on-going efforts in addressing improvements to the investment environment, investors continue to encounter obstacles.
Since the IPR was published, UNCTAD has assisted the Government in the following ways. It:

Other reports: Report on the Implementation of the Investment Policy Review: Ghana, Blue Book on Best Practice in Investment Promotion and Facilitation