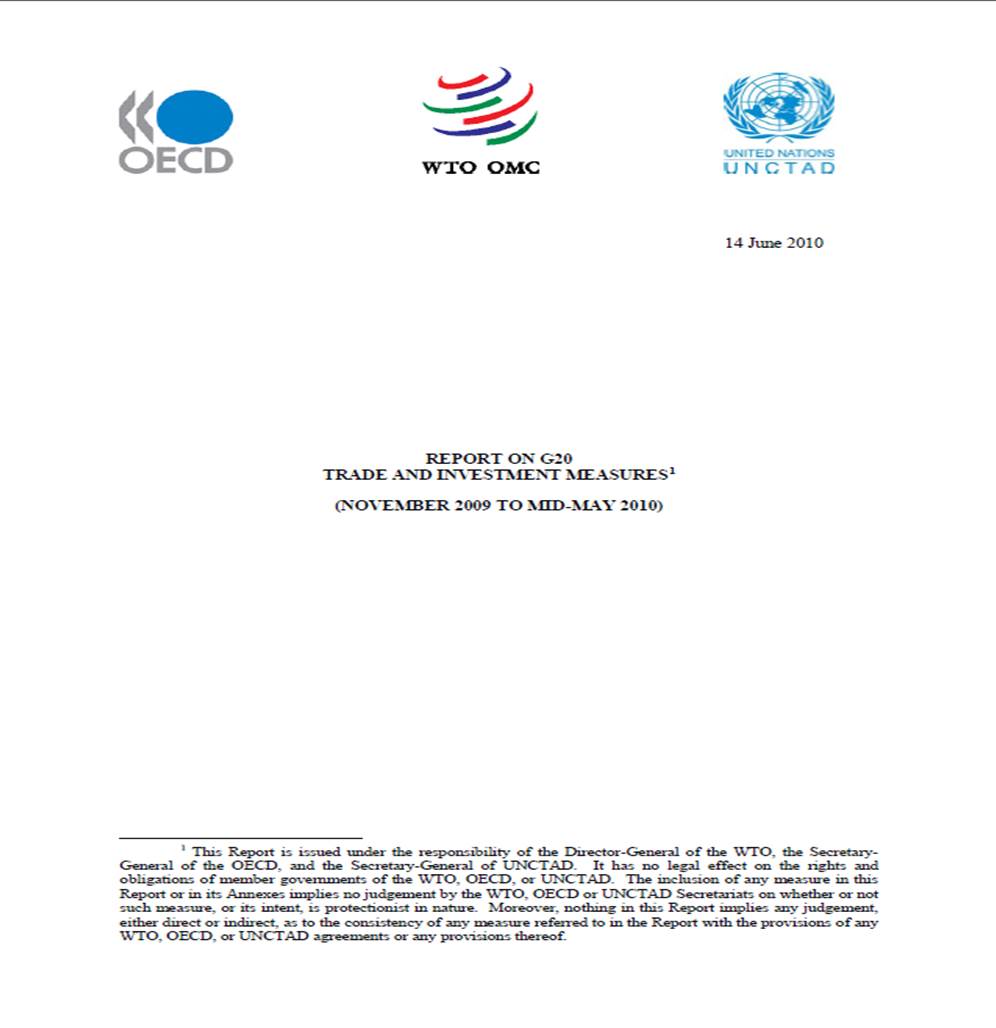 At the London and Pittsburgh Summits, G20 Leaders have committed to forego protectionism and have requested public reports on their adherence to this commitment.The present document is the third report on investment and investment-related measures in response to this mandate. It has been prepared jointly by the OECD and UNCTAD Secretariats and covers investment and investment-related measures taken between November 2009 and May 2010.

This inventory of investment measures shows that, by and large, G20 governments have continued to honour their commitment, taken at the Washington, London and Pittsburgh summits, to refrain from raising new barriers to international investment. Most of the general investment policy measures (those not geared to safeguarding national security or responding to the crisis) pointed toward greater openness and transparency for foreign investors. G20 Leaders are to be commended for resisting protectionist pressures, thereby contributing to a return to growth and boosting investor confidence.

Managing the investment impacts of emergency measures taken in response to the crisis still constitutes a great challenge for G20 governments. Although these measures are not, on the whole, overtly discriminatory toward foreign investors, they pose serious threats to market competition in general and to competition operating through international investment in particular.

Some G20 countries have moved into a new phase of the administration of their emergency measures and programmes. This includes the dismantling of some emergency schemes, the unwinding of advantages provided to individual companies under emergency schemes, but also the continuation and expansion of programmes and the introduction of schemes for new sectors.

G20 Leaders should ensure that such programmes are wound down at an appropriate pace and that the crisis is not used as a pretext to discriminate directly or indirectly against certain investors, including foreign investors.