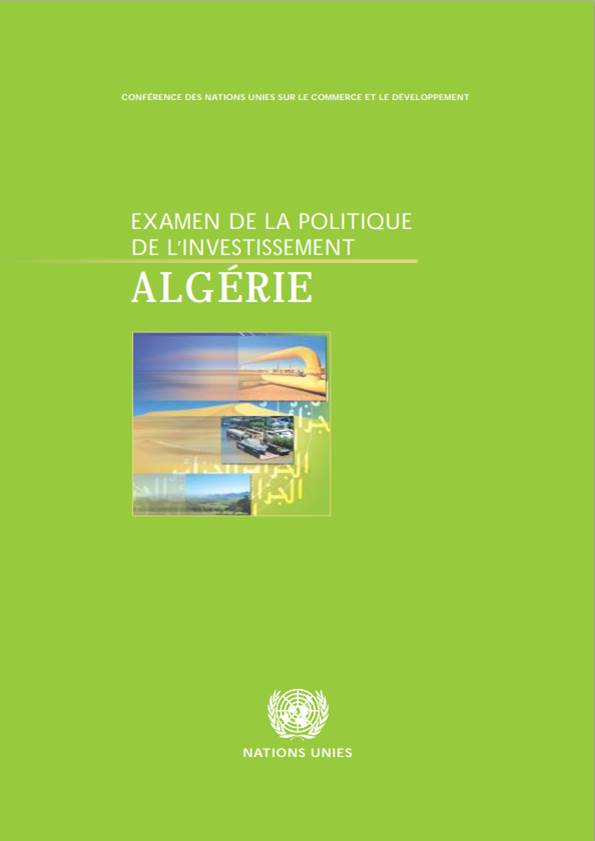 In recent years, Algeria has benefited from increasing FDI inflows, mainly owing to the programme of macroeconomic stabilization and economic liberalization implemented by the Government in the early 1990s. However, FDI has been mainly focused on oil, steel and chemicals. Moreover, the country has not benefited fully from the downstream effects of FDI in terms of increased competitiveness of local enterprises, job creation and technology transfer.

The IPR makes concrete recommendations for modernizing the legal and institutional framework, setting up proactive investment strategies, and reinforcing the national private sector, in particular through linkages to foreign investors. Since the publication of the IPR, UNCTAD has assisted the Government in the following ways: