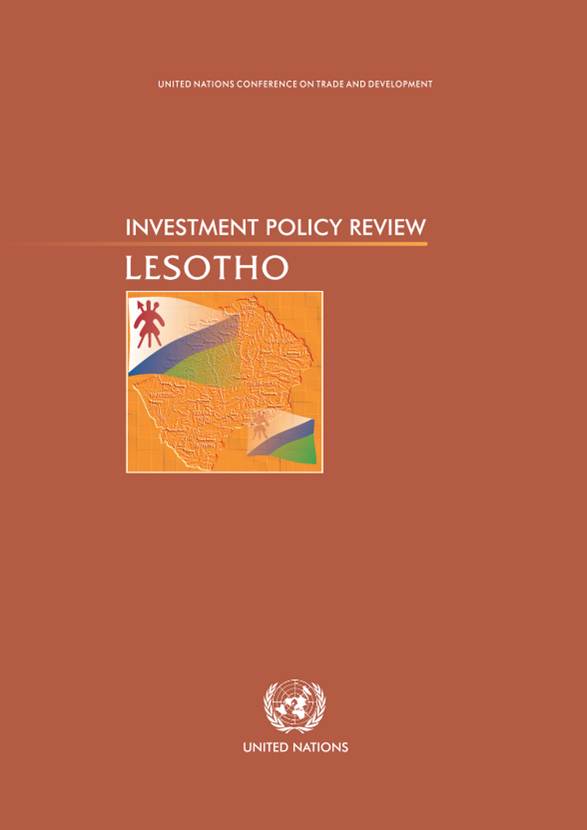 Lesotho had surpassed most LDCs in attracting FDI, predominantly export-oriented, and in significant amounts to the apparel industry, which had generated employment and foreign exchange. However, this FDI was dependent on temporary trade privileges, and Lesotho had to face the challenge of full global competition once those trade privileges were to expire. The IPR recommended a strategy to retain existing investors and diversify investment. Key actions included:

In 2013, at the request of the Government and in cooperation with UNDP, UNCTAD assessed the implementation of the IPR recommendations. Overall, the report showed that progress in implementing the suggested reforms was mixed. In some areas, such as the mining regime, companies act and environmental issues, progress is significant. In several other areas, reforms are yet to be undertaken.

Since the IPR was published, UNCTAD has assisted the Government by:

Other reports: Report on the Implementation of the Investment Policy Review: Lesotho