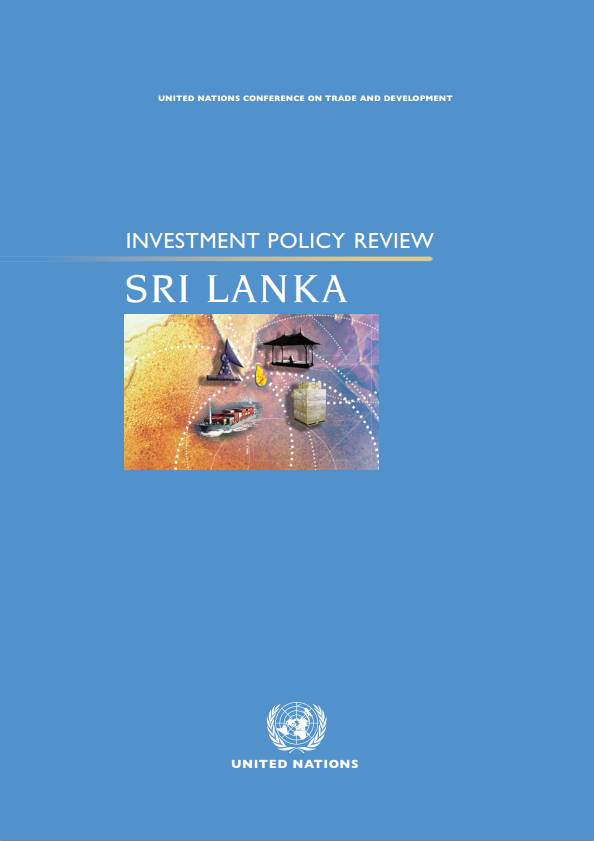 Sri Lanka´s FDI performance is recent, led mostly by the privatization programme of the 1990s. The IPR indicates that Sri Lanka has the potential to regain the momentum of earlier periods. For example, its economic performance in 1965 surpassed even that of today's most dynamic economies in East and South-East Asia. Sri Lanka subsequently lagged behind while these economies accelerated, fuelled mainly by high growth in investment. The IPR includes recommendations to increase the role of foreign and domestic investment in achieving long-term growth. The country will have to be proactive by providing a superb investment climate through regulatory and tax reforms and more effective investment generation through institutional reforms.

Following the publication of the IPR, UNCTAD has assisted the Government in a number of ways. It: