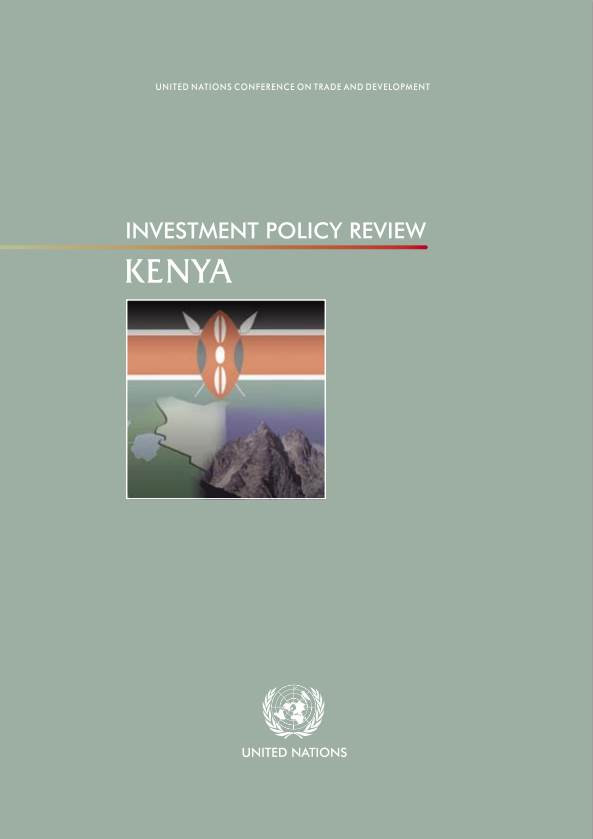 The IPR for Kenya was published in 2005 aiming at improving investment policies and providing impetus to attract FDI and achieve higher development gains from it. To this end, the report made recommendations to improve the investment framework. It also suggested a strategy to advance Kenya’s role as a regional centre for manufacturing and services, and to promote its global competitiveness. The IPR also warned the Government on the possible drawbacks of the then recently adopted Investment Promotion Act, which introduced minimum capital requirements for FDI entry. Subsequently, the Government proposed amendments to the Parliament to lift these requirements.

In 2012, UNCTAD conducted a review to assess the extent to which the IPR recommendations had been implemented. Notable progress has been achieved in areas such as competition policy, tax administration and labour legislation. For instance, further to the adoption of a modern Competition Act in 2011, Kenya is now the only EAC country, with the United Republic of Tanzania, to have a competition authority. Likewise, the entire body of laws regulating labour conditions has been reviewed and aligned with modern practice and ILO standards. Kenya has also made progress in the implementation of IPR recommendations in other areas such as governance and institutions, human capital and infrastructure. Following the publication of the IPR, UNCTAD has assisted the Government in a number of ways. It: