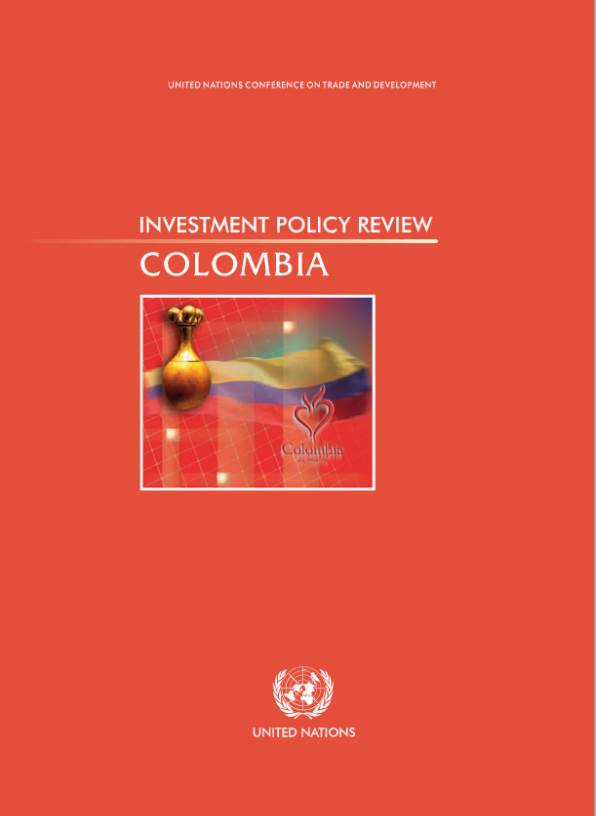 The review proposes ways to strengthen the Government´s investment promotion arm, Proexport, as well as enhance policies to attract more technology-driven firms to its growing knowledge-based economy. While praising the Government for its market reforms, the review notes that investors are concerned by a number of contradictory fiscal measures and the difficulty of resorting to international arbitration in case of disputes. It urges the Government to extend its network of bilateral investment treaties and double taxation agreements to fully tap market opportunities offered by the bilateral trade agreement with the United States.

It also encourages the Government to begin negotiations with the European Union. In 2013, at the request of the Government, UNCTAD assessed the progress made with the implementation of the IPR recommendations. The assessment showed that the country implemented many of the IPR recommendations and that the business environment improved significantly. Over the last decade, Colombia has been a top performer in FDI attraction in Latin America.

Following the completion of the IPR, UNCTAD has assisted the Government in a number of ways, including: