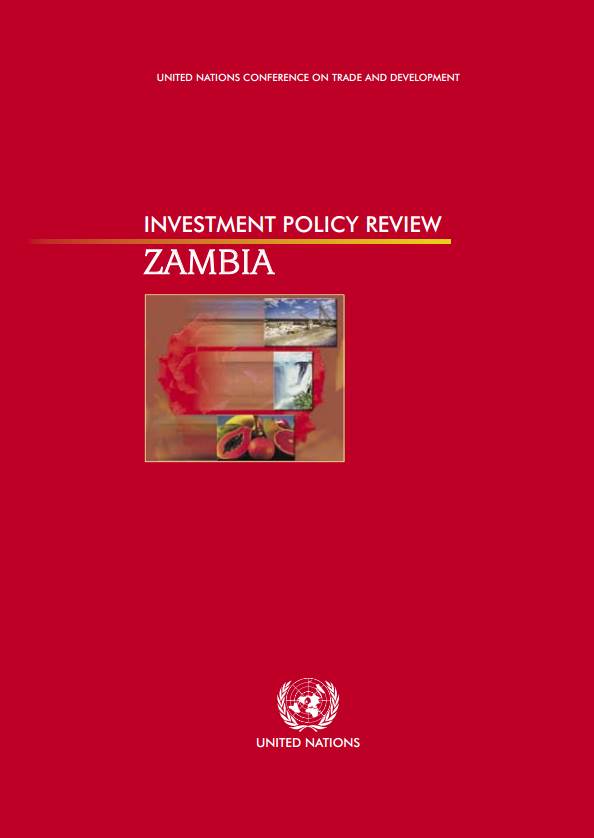 The IPR noted that since the introduction of major economic policy reforms in the early 1990s, private investment, including FDI, had been playing a greater role in Zambia´s economy. FDI had also contributed to the long-term policy objective of Zambia, which is to diversify its production and export base from mining to other products and services. At the time, the performance of the Zambian private sector had been poor due largely to the high cost of capital and domestic inputs for local production, which made sustaining competitiveness in an open economy practically difficult.

That said though, the immediate prospects for both domestic and foreign investment were encouraging as Zambia was still far from exploiting its considerable investment potential, which exists in many industries and activities.The IPR recommended:

In 2013, the Government requested UNCTAD to assess the progress made since the publication of the IPR. The Report showed that Zambia has made substantial progress in the implementation of the IPR recommendations.
Out of 26 recommendations, it has substantially or fully implemented 12, and partially implemented 12. Only two were not implemented.
Significant progress in implementing IPR recommendations was recorded in areas such as business facilitation and enterprise development as well as in infrastructure development and services delivery. Pending reforms include key provisions affecting the legal framework, for example with respect to investment certification. The implementation report also recorded a significant increase in FDI inflows since the completion of the IPR.

UNCTAD has assisted the Government in the following ways. It has: