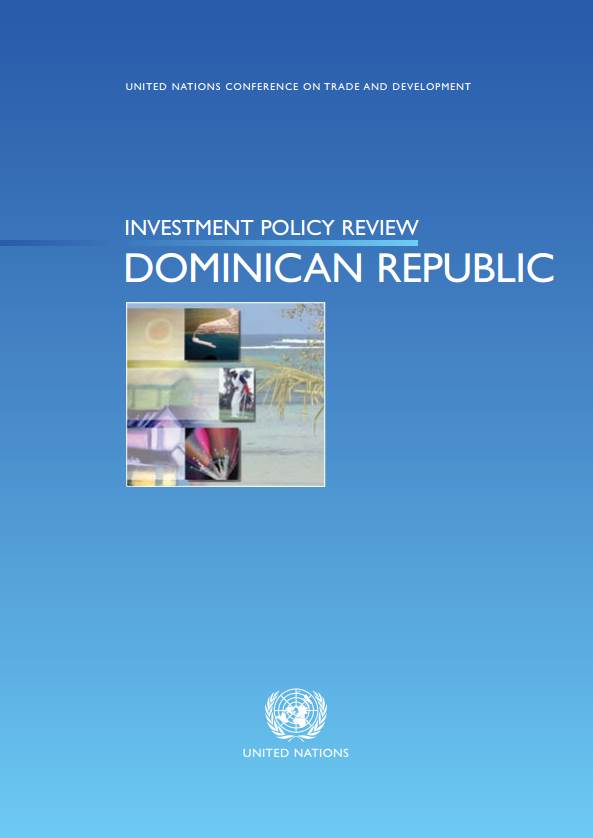 The review concludes that FDI has led economic diversification in the Dominican Republic and that the legal and regulatory framework for FDI in the country is open and liberal, containing very few restrictions. It recommends the adoption of a new Investment Law to reflect the good treatment of foreign investors in practice. The IPR proposes ways to strengthen the Government's investment promotion arm, CEI-RD, and the coordination among CEI-RD and other agencies involved in investment promotion, with a view to strengthening the national investment promotion effort, and ensuring its coherence.

Finally, the IPR recommends policies to attract more technology-driven FDI and higher value-added operations to the country, including concrete recommendations geared at achieving a "best-in region" investment framework within five years.Since the start of the IPR process, UNCTAD has assisted the Government in a number of ways. It has:

UNCTAD is also assisting the Government in implementing a single window for investment, through the e-Regulations programme.