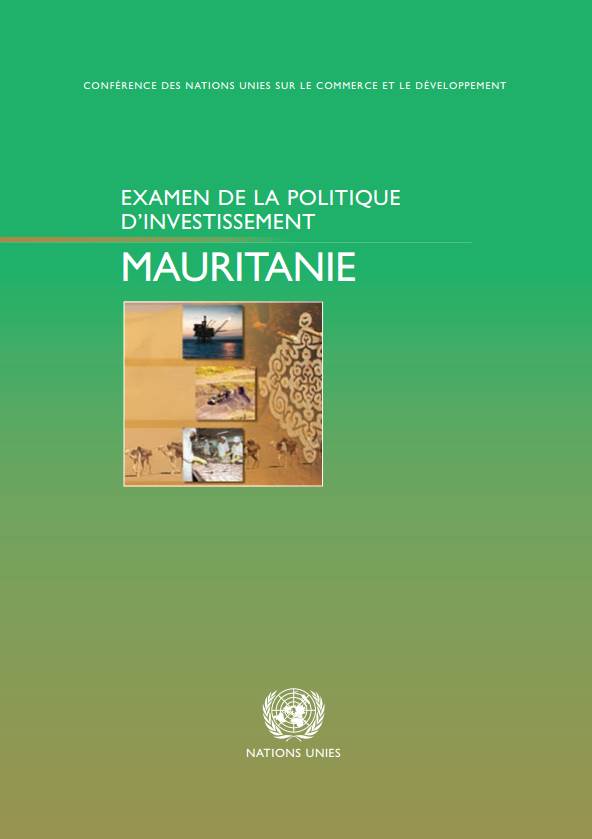 Mauritania is one of the least developed countries in the world and FDI is of great importance to its development. Since the 1970s, FDI flows have remained low or almost inexistent. Essentially due to the discovery of oil resources, FDI inflows have noticeably increased since 2000. However, these flows are very sensitive to external shocks, including the fluctuations of world commodity prices.

To attract higher FDI inflows, the Government of Mauritania, which is committed to reforms, should aim at diversifying the economy and at better exploiting its investment potential.
The Government should, inter alia, make use of the increasing revenues generated by the exploitation of the natural resources in order to launch and accelerate required reforms and to enhance the business and investment climate.The IPR has identified some priority measures to ensure that FDI inflows support the development objectives of the country. These measures include: