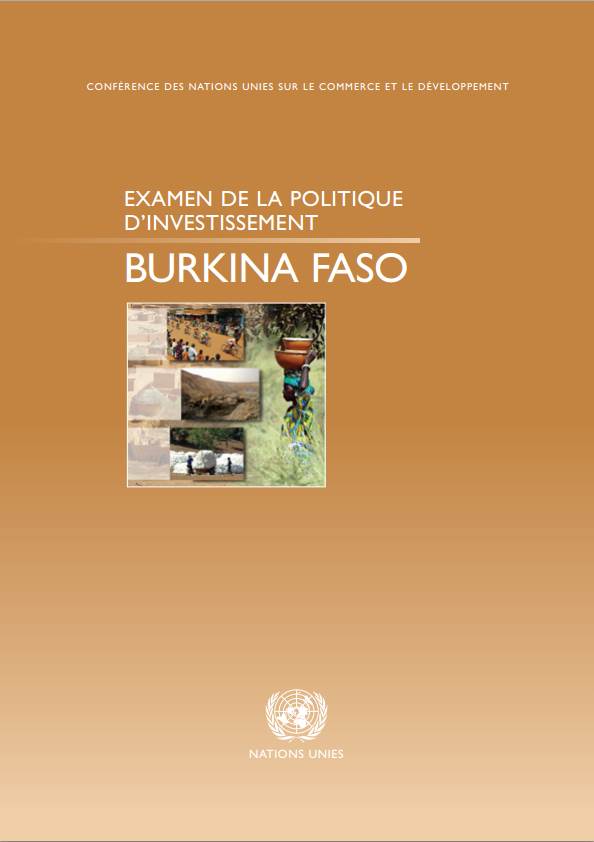 Burkina Faso remained on the fringe of global FDI flows until the middle of the 1990s. Structural reforms and the opening of the economy, however, have recently generated increasing FDI flows. These investments have generated mostly positive impacts, creating employment, value-added, tax revenue and exports.

In spite of the achievements over the past decade, Burkina Faso remains among the poorest countries in the world and the country faces major challenges in terms of development and poverty reduction. The Government is determined to tackle these challenges and to continue the reforms initiated in the 1990s. It is also determined to better exploit the country´s FDI potential and to maximize the impact of FDI flows on development.
The IPR proposes a number of reform axes in view of improving the investment framework:

The IPR also proposes an institutional setup to promote FDI. It is articulated around the future Investment Promotion Agency and President Council for Investment, whose creation has been decided by the Government. Detailed and concrete proposals are offered for the functioning of these institutions.