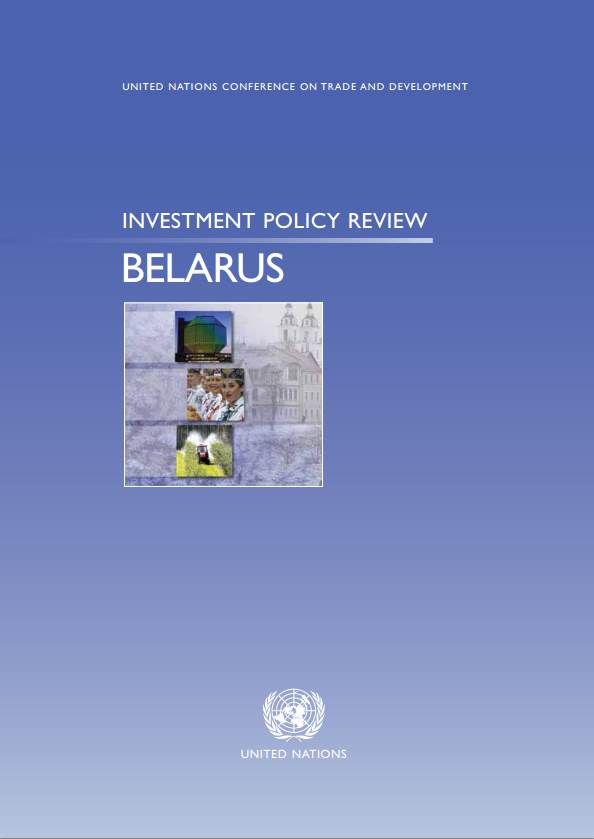 After independence in 1991, Belarus chose to maintain a centrally-planned economy with limited forays into privatization. Heavy regulations and administrative procedures, an ambiguous stance vis-à-vis private sector development and frequent reversals characterized the policy environment. These resulted in a dominant presence of the State in agriculture, industry and services. In this context, the FDI attraction performance of Belarus was negatively affected.

However, since 2007, the authorities have embarked upon a vast reform programme to ease the constraints on private sector development, reduce the role of the State in the economy and attract FDI. The IPR, carried out at the request of the Government, finds that the reforms are heading in the right direction to deliver a more transparent, predictable and competitive business environment — indispensable for attracting high-quality investors.
Nonetheless, the IPR identifies a number of areas where further regulatory and administrative reforms are needed to enhance Belarus´ competitiveness and increase its attractiveness as an investment location. These include a fair pricing mechanism, an effective land titling system, a competitive fiscal regime and non-discrimination in the access to raw materials and industrial inputs.As requested by the Belarusian authorities, the IPR also outlines the key elements of a strategy to support SME development through FDI. The strategy can be articulated around four sets of measures aimed at:

UNCTAD assisted the Government to deal with IPR recommendations by providing support to draft new investment legislation, and by organizing training workshops on: