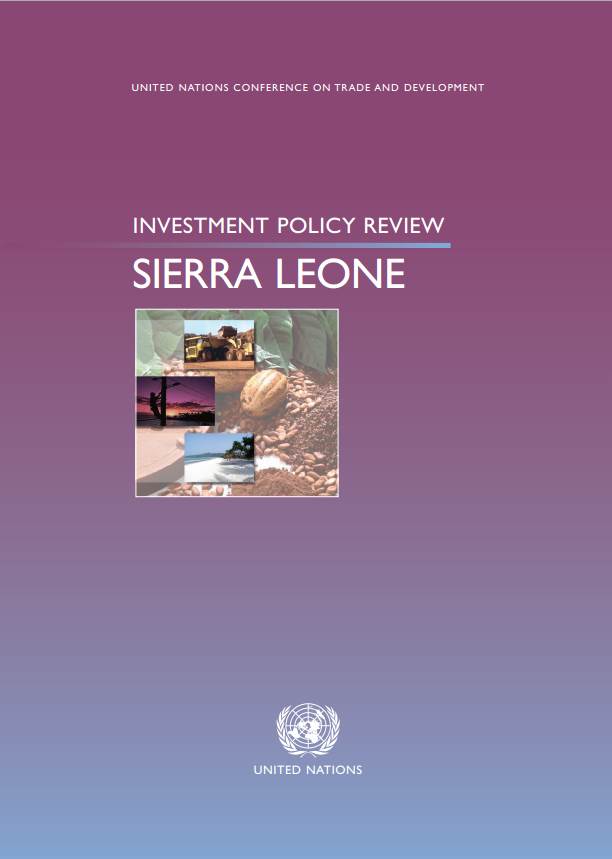 Sierra Leone has important investment opportunities and growth potential in various sectors of the economy. Since the end of the civil war in 2002, the Government has made significant progress towards achieving peace and stability through an ambitious reform programme with a view to benefiting from this untapped potential. In this context, attraction of FDI has become a central element of the national development strategy.

In spite of the progress achieved, the country continues to bear the impact of the war, including in terms of weak economic performance, human capital shortages, deficient infrastructure network and poor image. Mindful of the fact that the experience of post-conflict countries shows that the hard-found peace is often fragile, concrete policies are required to generate employment and improve living conditions.
In this regard, the IPR takes note of the open and favourable FDI regulatory regime. The review stresses however that government policy should target the negotiations of a more comprehensive bilateral investment treaty and double taxation treaty network to boost the country´s FDI attractiveness.

At the request of the Government of Sierra Leone, the report outlines the elements of a strategy to stimulate investment while urging the international community to continue supporting the peace and economic reform processes in Sierra Leone. The overall proposed strategy in the IPR is anchored on six pillars:

Further to the completion of the IPR, UNCTAD assisted the Government by providing comments on the draft bilateral investment treaty model.