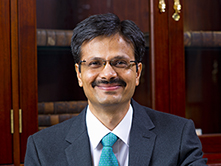 Andrea Saldarriaga (left) and Andrea Shemberg (right). Advisors on business and human rights and visiting fellow at the Laboratory for Advanced Research on the Global Economy at the London School of Economics and Political Science (LSE).

In a 2015 submission for the UN Conference on Trade and Development (UNCTAD) Expert Meeting on “The Transformation of the International Investment Agreement Regime”, we argued that much of the criticism levelled against international investment agreements (IIAs) and Investor-State Dispute Settlement (ISDS) actually reflected much wider disappointments and frustrations with what international investment was delivering (or failing to deliver) to people globally.

As the flow of foreign investment depends on a combination of factors, IIAs alone may not be able to pull investment into a country. However, the ever-increasing number of IIAs seems to suggest that states perceives that IIAs play an important role in attracting investment. Even corporate executives surveyed by UNCTAD mentioned changes in, or withdrawal from, trade agreements as one of the most serious threats to foreign investment.

Investment is critical to development. The 2030 Agenda too acknowledges the crucial role of investment to achieve gender equality, eradicate poverty, promote clean energy, reduce inequalities, and creates jobs. However, it appears that attracting investment often becomes an end in itself, with states paying little or no attention to “investment for what” and “investment for whom” aspects. It is quite telling that investment-led cumulative growth has not reduced economic inequalities or controlled environmental pollution. Nor has such a development model protected the most disadvantaged, vulnerable or marginalised sections of society from human rights abuses linked to investment projects.

States should, therefore, manage better their attraction to attracting investment through IIAs. This blog examines how states could manage the adverse impact of IIA-empowered investors on human rights of individuals and communities.

IIAs can affect the landscape of business respect for human rights in diverse ways. They can constrain the legal or policy space available to states to regulate the conduct of corporate investors. IIAs also create an asymmetry between rights and obligations of corporate investors vis-à-vis states. Moreover, IIAs can have both direct and indirect impact on affected communities’ right to seek effective remedies against corporate investors.

A three-prong approach is needed to ensure that IIAs do not result in asymmetrical empowerment of investors or inequitable and unsustainable economic development. In the pre-negotiation stage, states should first develop – through bottom-up meaningful consultations – an investment policy which identifies the “for what” and “for whom” aspects of foreign investment as well as development priorities. Such a policy should go beyond the sole focus of attracting investment and look at achieving inclusive, humane and sustainable development.[1]

IIAs should then be negotiated to operationalise such a policy. The current negotiation process of IIAs generally lacks transparency and participation of communities that might be affected by investment projects. Moreover, as IIAs are often negotiated by ministries and departments with a mandate to attract investment, there is a risk of policy incoherence amongst different arms of the government. Therefore, before negotiating IIAs, states should conduct holistic and meaningful ex-ante impact assessments covering both human rights and environmental dimensions. Such an impact assessment should give special attention to the rights of groups that are often marginalised or made vulnerable, e.g., women, children, indigenous peoples and people with disabilities.

The second prong should be about managing the content of IIAs in a way that both investment and investors contribute to the realisation of all human rights of everyone. The UN Guiding Principles on Business and Human Rights (UNGPs) acknowledge the potential adverse impact of IIAs on states’ duty to protect human rights violations by private actors. Principle 9 of the UNGPs, therefore, provides that: “States should maintain adequate domestic policy space to meet their human rights obligations when pursuing business-related policy objectives with other States or business enterprises, for instance through investment treaties or contracts.”

The IIAs concluded in the last few years are in line with this recommendation to states in that these agreements – to a varying degree – include provisions about investment contributing to sustainable development and/or investors’ responsibility towards the environment, labour rights and human rights. This is an encouraging trend towards achieving a fair balance between the rights and obligations of investors. However, to ensure that this balancing has some “bite”, the provisions aimed at achieving socially responsible investment should not sit merely in IIAs’ preambles. Rather, future IIAs should include explicitly the human rights obligations of investors as per all applicable domestic, regional and international norms and make any investors claims under the IIAs subject to respecting human rights.[2] Moreover, given that most of the investor claims are continued to be filed under old and largely one-sided IIAs, this situation should be remedied by following ten options proposed by UNCTAD.

A more ambitious 3.0 version of IIAs may go beyond managing the negative impact of investment and harness the positive potential of IIAs in promoting business respect for human rights. For instance, IIAs may stipulate the responsibilities of investors on how to engage with human rights defenders protesting against their projects. Similarly, if IIAs can allow investors to avail economic benefits under a contract of which they are not a party, there is nothing which prevents IIAs from empowering another set of third parties (the communities affected by investment projects) to bring claims against both investors and their home states. Such provisions in IIAs would create incentives for all states to regulate more effectively the human rights-cum-environmental footprint of their investors.

The third prong should pay attention to fixing the existing state-investor dispute settlement (ISDS) process, which has received lot of criticism for investors holding states to ransom and ignoring legitimate concerns of communities affected by investment projects. Out of all ISDS decisions made on merits over the last 20 years (1987-2017), 61 percent cases were decided in favour of investors, who were able to claim on average USD504 million (excluding interest and legal costs) from states. This has led states like Brazil to try a new approach of dispute settlement under its Cooperation and Investment Facilitation Agreements (CIFAs) which establish a system of state-to-state dispute settlement mechanism in place of ISDS.[3]

This system which favours investors must change. As the UN Working Group on Business and Human Rights highlighted in its 2017 report, all roads should lead to remedy and remedies should be located in diverse settings.[4] Therefore, instead of letting IIAs undermine the right of affected individuals and communities to seek effective remedies, states should use IIAs to create additional avenues to hold corporate investors accountable for human rights abuses. Several steps could be taken to achieve this goal – from incorporating the “clean hands” doctrine to providing for counter-claims against investors, requiring arbitration tribunals to consider international human rights law and allowing affected communities to intervene in ISDS. The decision in Urbaser v Argentina offers hope that arbitration tribunal in future might take cognizance of the evolving landscape of the human rights responsibilities of corporate investors.[5]

In short, states should adopt a more holistic approach towards IIAs: instead of treating these as merely an investment vehicle, IIAs should be employed to realise the human development potential of investment, especially for those who need it the most.

[1] See, for example, the ten recommendations of the UN Working Group on Business and Human Rights.

[3]See Geraldo Vidigal1 and Beatriz Stevens, ‘Brazil’s New Model of Dispute Settlement for Investment: Return to the Past or Alternative for the Future?’ (2018) 19:3 Journal of World Investment & Trade 475.