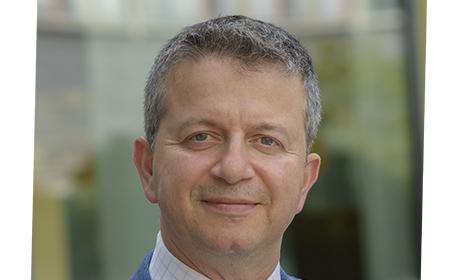 The Polish public-private partnership (PPP) market is still growing. From the day the current Polish PPP law went into effect in 2009 to the end of 2017, a total of 506 proceedings were launched to select a private partner, of which more than 117 PPP contracts were signed and implemented. Based on the experience from these project, the authors seeks to clarify what makes a PPP project successful in Poland, with recommendations and steps to be taken in to account.

What, Why and How: My understanding of PPPs
Author:

As a researcher and implementer of PPP models, Mr. Wang have been involved in many PPP projects and have been discussing PPPs with many governmental officials, private sector representatives, financial institutions and consulting organizations from China and overseas in recent years. Based on these experiences, three key points are recurrent and cannot be stressed enough: what are PPPs, why use PPPs and how to best do PPP?

On 20 March 2018, the European Court of Auditors - the EU Institution acting as the independent guardian of the financial interests of the citizens of the Union - published its Special Report No. 9/2018 “Public Private Partnerships in the EU: Widespread shortcomings and limited benefits”. I was entrusted as Head of Task for the planning and execution of this audit.

We examined 12 EU co-financed public-private partnerships (PPPs) in France, Greece, Ireland and Spain in the fields of road transport and Information and Communication Technology (ICT). The visited Member States accounted for around 70 % of the total project cost (29.2 billion euro) of EU-supported PPPs. We assessed whether the audited projects were able to exploit the expected benefits PPPs, whether they were based on sound analyses and suitable approaches and whether the overall institutional and legal frameworks within the visited Member States were adequate for the successful implementation of PPPs.

PPP projects did not always achieve the expected benefits in terms of efficiency and effectiveness
While PPPs enabled to procure large infrastructure projects in one single procedure and had a potential for good maintenance and operation, we observed that these were subject to high risks of insufficient competition. PPP projects are in general larger than traditional projects and the merging of project design, financing, construction, operation and maintenance into a single contract increases the risk of low competition, thus putting the public partner is in a weak negotiating position and exposing it to the high risk of higher costs.
Although PPPs are expected to be implemented in a more efficient manner than traditional projects, the choice of the PPP option did not bring about the expected benefits in terms of on-time and on-budget completion:

Delays, cost increases and underuse partly due to inadequate analyses and unsuitable approaches.
The projects’ shortcomings identified in the aforementioned Special Report 09/2018, which embrace all phases of the project cycle, are partly attributable to inadequate analyses and unsuitable approaches used when implementing PPPs. Indeed, most of the audited PPP projects were not based on any comparative analysis between different options and were therefore not able to demonstrate that the choice of the PPP option was made based on value for money considerations. Such analyses are fundamental because PPPs can achieve increased value for money only under very favourable circumstances that require in-depth assessments before opting for this solution.
In addition, we found unsuitable approaches in the use of the PPP option. Risk-sharing arrangements were poorly conceived, resulting in ineffective, incoherent or unbalanced risk allocations, to the detriment of public money. These led to the public partner paying very high maintenance costs for a severely underused infrastructure or high remunerations for the private partner in front of low risks allocated to it. Moreover, the combination of new technologies, such as in the ICT sector, with long-duration contracts was not always well-managed, as public partners had to keep a contract running even if the rapid pace of change led to technological obsolescence.

The institutional and legal framework is not yet adequate for EU-supported PPP projects
Inadequate analyses and unsuitable approaches, which were at least partly accountable for the lack of benefits deriving from the choice of the PPP option, were fostered by inadequate institutional and legal frameworks, which are not yet adequate for a widespread use of EU-supported PPP projects.

Implementing successful PPP projects requires considerable administrative capability that can be ensured only through suitable institutional and legal frameworks and long-lasting experience in the implementation of PPP projects. We found that these are currently available only in few EU Member States: the European PPP market shows a high geographic and sectoral concentration, with only very few countries having implemented most PPP projects and only in a few sectors. Therefore, the situation does not match the EU’s aim of expanding the use of blended projects, including PPPs.

The Member States visited lacked – to varying degrees – an adequate strategic approach to the use of PPPs. These were considered mainly as a source of financing or as an anti-cyclical measure, whereby the possibility to record PPPs off the governments’ balance sheets played an important role for their choice. This usually implies high risks of cost increases and of over-sized infrastructure due to the public partner’s ‘affordability illusion’ that it can afford bigger infrastructure than under normal circumstances and explains why such projects were implemented in unsuitable sectors, with unsuitable approaches, or in areas with low traffic levels. Furthermore, considering the long-term impact on public finances and on the fiscal flexibility, only few countries had envisaged capping the use of PPPs in order not to commit excessive amounts of future budgets.