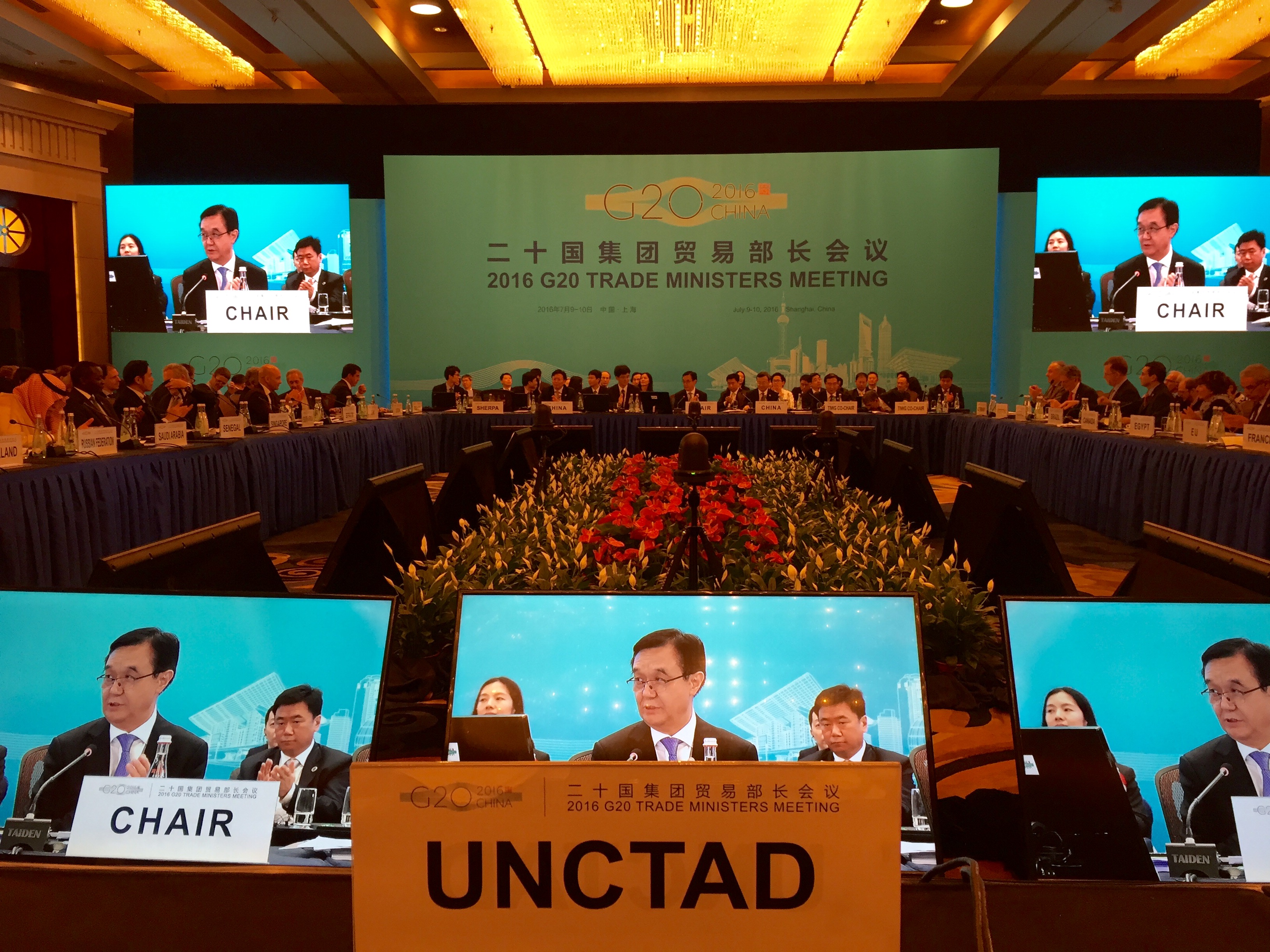 Investment in climate change mitigation and adaptation risks a temporary setback. Innovative ways are needed to push international private investment in this area.

The compendium presents a range of options for policymakers looking to promote sustainable investments and enhance their impact.

The G20 Ministerial Meeting held on 9 and 10 July in Shanghai under the China Presidency has agreed on a set of non-binding Guiding Principles for Investment Policymaking. The Guiding Principles are the outcome of six months of intensive discussions held in the G20’s newly established Trade and Investment Group, which aims to enhance global trade and investment policy cooperation, and constitute a priority deliverable for the 2016 G20 Summit. Work on the Principles was facilitated by UNCTAD’s Division on Investment and Enterprise.

What are the objectives of the Guiding Principles?

What do the Guiding Principles say?

The Principles urge governments to avoid protectionism and to establish open, non-discriminatory, transparent and predictable conditions for investment. They call for strong protection of investor interests and fair and transparent procedures for the settlement of disputes. At the same time, the Principles call for safeguards to prevent abuse of such mechanisms by investors. They confirm the right of governments to regulate for public policy purposes, and they make explicit the need for consistency of investment policies with sustainable development objectives. The Principles call for transparent policymaking and for efficient and effective policies for investment promotion and facilitation. They address the need to promote responsible business conduct by investors, and they set the stage for future further cooperation in the international investment community to address shared investment policy challenges.

Why are the Guiding Principles important?

The adoption of the Guiding Principles is a landmark event. It is the first time in more than five decades of international investment policymaking that consensus has been reached between such a varied group of developed, developing and transition economies – representing over two thirds of global foreign direct investment – despite numerous attempts over the years.

Reaching consensus on international investment policy has proven elusive in the past because of the diverse interests and concerns of business, investor home and host states, and the public at large. Still today, many attempts at reaching agreement or concluding treaties on investment provoke fierce debate and strong concerns among the public related to possible limitations on the right of governments to regulate in the public interest on health, safety or the environment.

The G20 Principles aim to strike a delicate balance between the interests of developed and developing countries and between the promotion and protection of investment and governments’ right to regulate. They constitute a first tentative step in the direction of broad multilateral consensus and as such could have far-reaching systemic implications.

What is the role of UNCTAD?

UNCTAD played a key role as facilitator for the discussions on the Guiding Principles and provided an initial draft based on its Investment Policy Framework for Sustainable Development. UNCTAD also played a role as coordinator of the interagency working group to provide substantive support to the G20 on other investment related issues, together with the OECD, World Bank and WTO.

UNCTAD will continue to support the international investment community in its efforts to work towards promoting investment for sustainable development. The next milestone event in the process will be the upcoming World Investment Forum 2016, taking place from 17-22 July in Nairobi, Kenya.

For further information and/or technical assistance, please contact Mr. James Zhan, Director of the Investment and Enterprise Division at UNCTAD via DIAEinfo@unctad.org.

Click here for the press release (Chinese) by the Ministry of Commerce of China.