This special Issue of UNCTAD’s Global Investment Trends Monitor highlights the potential impact of the Coronavirus outbreak on FDI in 2020.

UNCTAD has updated its Investment Dispute Settlement Navigator. The ISDS Navigator is now up-to-date as of 31 July 2019.

Trends in ISDS cases are also covered by the World Investment Report 2019, which is scheduled for discussion at UNCTAD’s Trade and Development Board this week (Tuesday, 1 October 2019, 10 – 13 hours).

Key findings of the update:

As some arbitrations can be kept fully confidential, the actual number of disputes filed in this and previous years is likely to be higher.

The total ISDS case count may reach one thousand by the end of 2019. 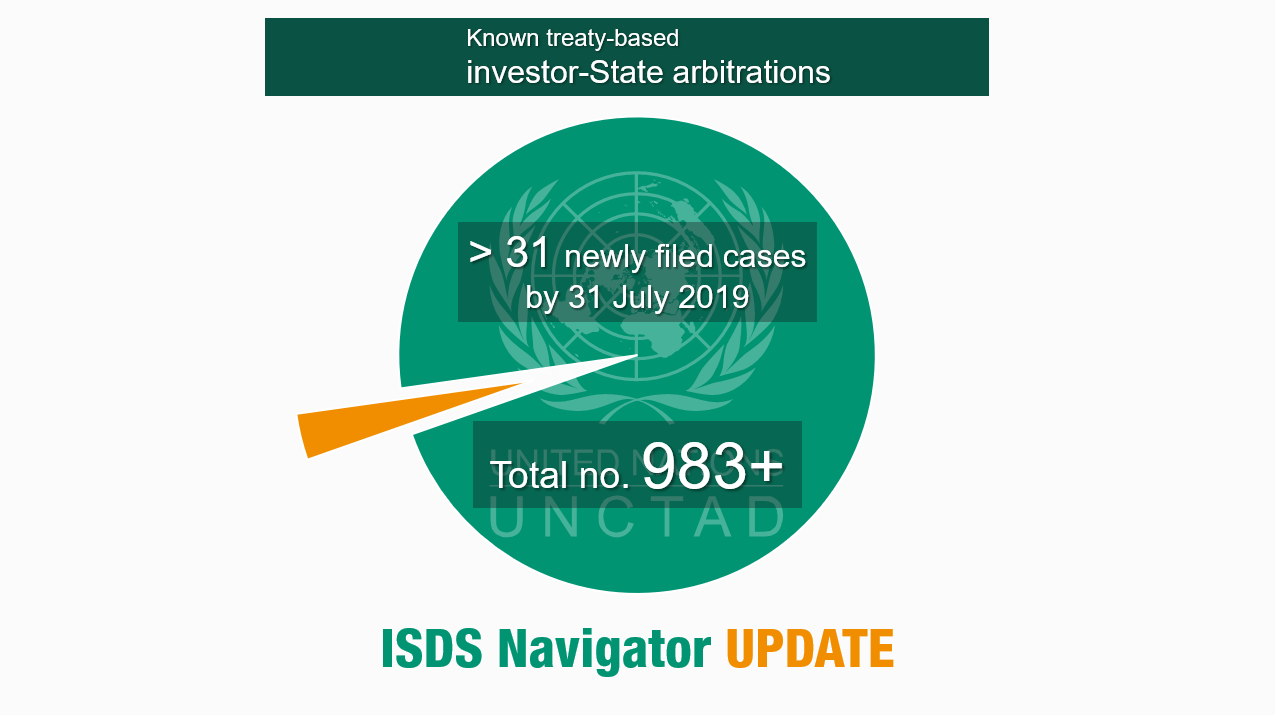